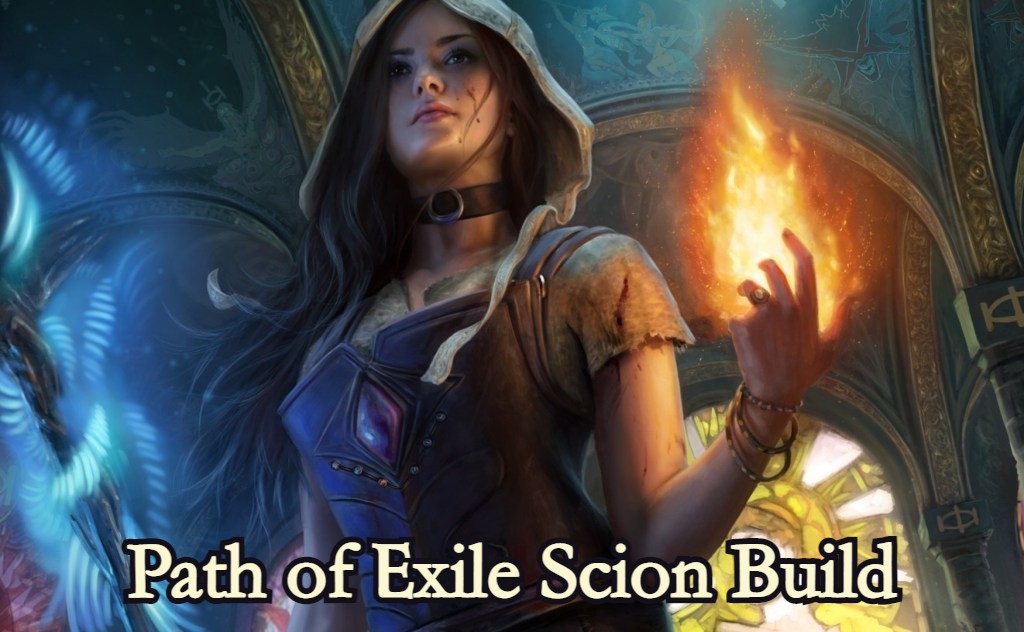 This guide to Path of Exile’s Scion should help lots of players demystify the class.

There’s a pretty good reason why the Scion is not available right off the bat in your Path of Exile journey. At the same time, just because you unlocked her doesn’t mean you’re going to be just fine if you choose her. If you’re not careful, all your gains from PoE trade will be lost because of a broken build.

To ensure that will not happen, here is a Scion guide.

Unlike other Ascendancies where the path to greater power is simple and clear, filling up the Ascendant’s passive skill tree can feel like you’ve started again that long and arduous journey on your passive skill tree. But that’s okay, because in exchange for the headache caused by the Ascendant’s progression is unparalleled freedom, especially if you saved up all those PoE Currency.

Ironically, however, the Scion is recommended to take a more extremes-oriented growth. When it comes to building, you’ll have to hit the ground running and work your way to the edges of the passive skill tree because that’s where the better and build-defining skills can be found.

Of course, going for these skills in the fringes of tree means a very defined and specialized build. Yes, it has the freedom for a more well-rounded build, but there is no such thing as a good build without a specialization. However, what sets the Scion apart from other classes is that her specialization is not carved in stone. For example, unlike the Marauder and its Ascendancies, the Scion isn’t locked onto being a tank, using totems, or dealing fire damage. She can be anything that resembles a particular Ascendancy, except that it’s going to have its own twist.

Another advantage that the Scion has thanks to her unique growth is that she can take two different extremes and bring them together to create a build that would not have been possible with the other more specialized but limited regular classes.

It’s up to you, which extremes you’re going to take. However, it is highly recommended that you ensure they’re complimentary. For example, you can be an aura-bearing summoner, an Elemental archer, or a tanky Totem master – there are many combinations, and it’s up to you to discover which of them works best for you.

Remember, there is a reason these two ends are kept apart: because if a player manages to reach two of those ends, they’re going to have in their hands a broken character. Make that broken character.

Double Up as A Tank

With such a potential, it can be tempting to go for two synergistic extremes. However, this is Path of Exile we’re talking about, and even the most offense-oriented of the regular classes have to invest in defense and survivability. It goes the same with the Scion.

We’re not saying that a class with two synergized extreme offensive capabilities cannot work. However, it is risky and hard. If you want a safe. Think about it – you’ve already reached in one form of offense, so you might as well reach the pinnacle in the defense department. The best defense and the best offense are perfection.

The drawback to that double specialization mechanic is that you’re going to have a very limited set of active skill gems that are bolstered by your passive skills. It also doesn’t help that since you’re going for two ends of the passive skill tree, you won’t have as much mana as the Witch, Templar, or other classes that spend a lot of passive skill points in the middle.

To compensate for that, you’ll have to rely on support gems. Lots of the stuff. What you lack in the wide active skillset and as much mana as other classes will be made up that your bread-and-butter skills will be a lot more potent.

These tips are just the tip of the iceberg for the Scion, pun intended. Even then, it already managed to clarify what lots of players get wrong about the unique Path of Exile Class. Now, the question is not how you’re going to build your Scion, but whether you’ll try her out in the first place. Hopefully now you finally will.