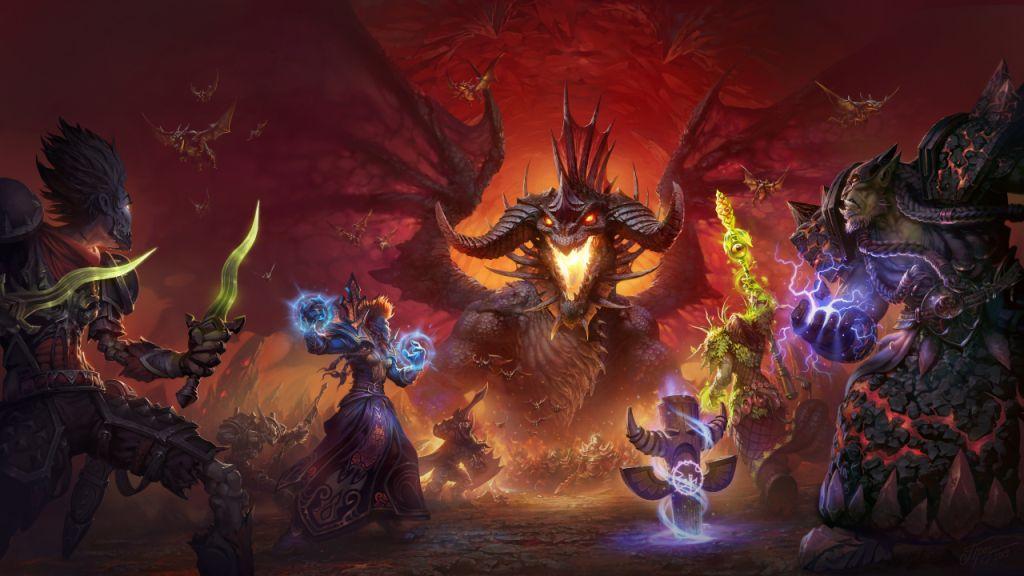 The Rarest Mounts in World of Warcraft

Here is a list of the most elusive mounts that you will have to try to find in the vast World of Warcraft.

Mounts in World of Warcraft play a major role in the experience, but they are not the cheapest or the easiest thing for you to get a hold of. Whilst you may have been considering having to buy WoW gold, there are ways in which you can get some of the rarest mounts in the entire game. This will be no easy task, however, so here is what you need to know about obtaining the rarest of mounts.

The drop rate for the Silent Glider is particularly low. In fact, you are looking at a drop rate of just .58%, so not a lot of players are gliding around on it. Despite it flying graciously through the air much to the envy of many players, it will require you to have to defeat rare Soundless to get the mount. What’s more, they only drop loot a single time each day, so the grind for this mount is definitely real.

If you want to get this awesome-looking dragon-style WoW mount, then you are going to have to take on raids. This amazing creature is a drop from Nalak, with a drop rate of just 0.6%. The odds aren’t even that much better with the use of the Mogu Rune of Fate, so don’t worry all that much about using it. That’s not all either, as you will have the requirement of being acquainted with the Order of the Cloud Serpent so that you can get the spell that is needed to ride it. Meet all these requirements, however, and you will be flying through the skies in no time.

So, if you are looking for WoW mounts for sale, then you are going to need 20,000 gold just to get the saddle for this particular mount. There is also the prospect of having to bid for it on the black market and having to go head-to-head with the Galleon itself. If you are willing to take all of these onboard and go ahead anyway, then you will certainly be amongst a rare few who have chosen to do so.

Certainly, a mount worthy of a place on this list. This could be one of the rarest mounts there is, with a drop rate falling under one percent, and only being available from Baron Rivendere, who serves as the boss during the climax of Stratholme. This mixes up the usual formula of finding mounts from raids and such, and will certainly take a dedicated mount collector to retrieve it. It is worth mentioning that it is the only mount that is an undead horse for the Alliance, which is something worth considering when going after it if that’s your bag.

Again, we have yet another visually stunning mount in the game, that comes with an abundance of rarity to it. If you are looking at the drop rate, then you are going to have to contend with a percentage of just .03% of it dropping as loot. This will be the main reason why you haven’t come across any flying through the air, or at least very rarely. This majestic avian is something that you will want to see, however, and to do so you are going to need to overcome Rukhmar and deal with the lack of drops that it possesses.

We have spoken of majestic creatures flying through the ear a few times on this list already. So why break the trend here when we can discuss this glorious phoenix? This is a drop of the last boss of The Eye who serves as its pet. It does have a slightly better drop rate than the Deathcharger however, standing at around 1%. As a bit of trivia as well, it was introduced by Blizzard as a memorial to a WoW player who helped with the design of an NPC. The player, known as Ezra Chatterton, helped Blizz out with the creation of Ahab Wheathoof, which was a great move by the developers.

This mount was actually only obtainable during a certain event in the game. You would only be able to get it in the Scepter of the Shifting Sands event, and now that the scepter has been rebuilt with the battleground opened up in Silithus, this mount is sadly no more. The opening of the Gates of Ahn’iraj has made this mount insanely rare and came in a number of colors including red, blue, and green.

These are some of the rarest mounts that you can find in the entirety of World of Warcraft. You may look into the idea of having to buy WoW gold, but ultimately,it’s the sheer depleted numbers in the drop rates that make them so hard to get.

Have you tried to get these rarest WoW mounts? Let us know in the comments section below!